The Era of the Muscle Computer

stom cars with the crazy big engines that were sometimes so big they would have to cut a hole in the hood to make it all fit?  Well, many of our customers do not, because that was way back in the 60’s!  Notwithstanding, the era of the muscle car was symbolic of cars which stretched the boundaries of conventional power.  Way more power than you needed, perhaps, but who cares?  If you owned a muscle car back in the sixties, or any decade since, you were/are THE MAN (or woman).  The same rule applies today for custom muscle gaming computers.

A new era of computers is upon us, and the only analogy which comes to mind in my restless sleep is that the muscle car of the 60’s is BACK… in the form of the modern gaming computer.  Boasting as many as six graphics cards, hundreds of gigabytes of RAM, SSD’s built into the PCI-e of any size and speed, a new generation of processors which will trump all predecessors, and motherboards with so many features that they might as well make your toast in the morning… what’s NOT to love about the modern era of custom gaming computers?

Granted, there is a lot of processing in the power of your hands these days in the form of high end laptops, tablets, and even cell phones, but the one weakness all of these devices still have compared to the modern desktop computer is the raw power, performance, and upgradability that a desktop can deliver over top of lesser devices.  Gamers who don’t do their research in this new era don’t realize when purchasing a lesser machine that computer game graphics up until this time were way behind.  Now that Virtual Reality is here, 4k is becoming the gold standard, and the XBOX no longer forces game developers to remain behind the times so that they can port their games to all platforms the game has changed. 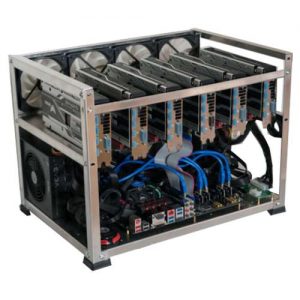 That’s right: Xbox was holding us all back.  Because a new Xbox only came out once in a blue moon, brand new titles had to water down their graphics in order to just be supported by Xbox.  Not so anymore.  The latest generation of Xbox is more like a PC and less like a console, and blurring these lines has given the green light to game developers who for years have been forced to work with one hand tied behind their backs.

Whats-more, virtual reality and 4k gaming is actually pretty demanding of hardware, and so for the first time since the Xbox arrived on the scene it has been hardware, and not software, that has been playing catch up.  And that’s great news for anyone looking to buy a new custom gaming computer!  In other words, now is the perfect time to purchase a desktop.  Modern desktops are powerful, up-gradable, sleek, and I happen to think they’re also pretty sexy.  Regardless, it’s the perfect storm of hardware improvements coupled with software improvements that demand you get your PC current (and consider giving your pc some muscle) if you want to experience all that modern AND FUTURE gaming has to offer.